How the Canyon MTB Racing Team is Staying Healthy This Spring 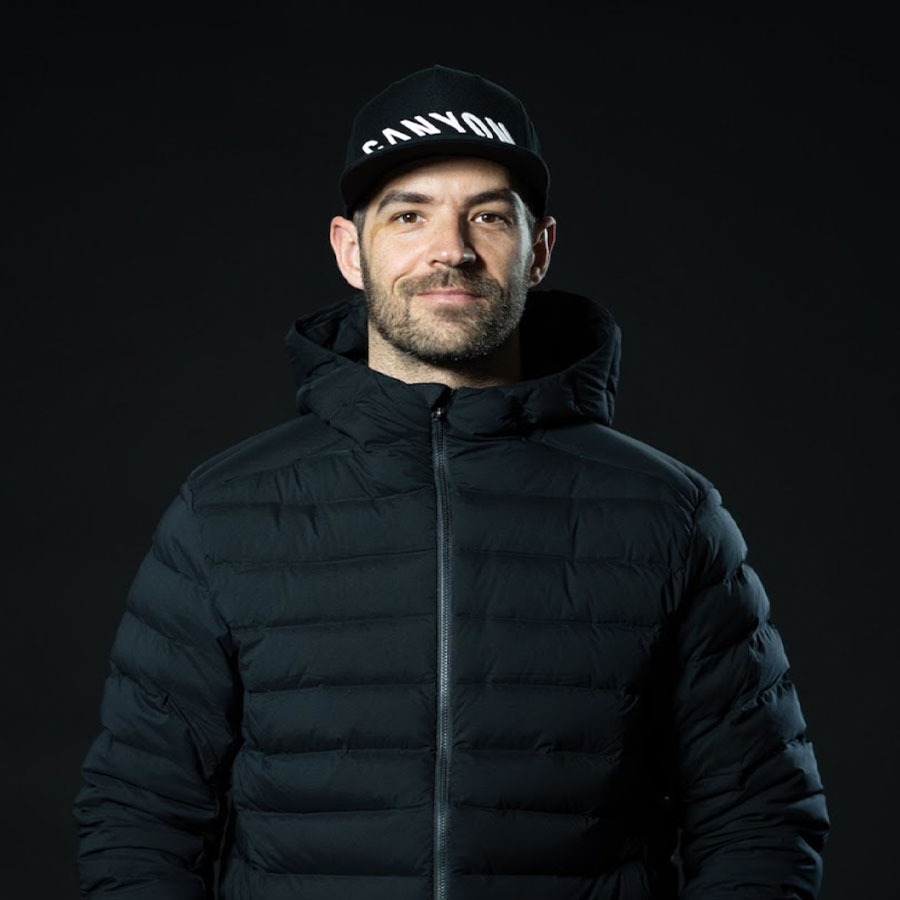 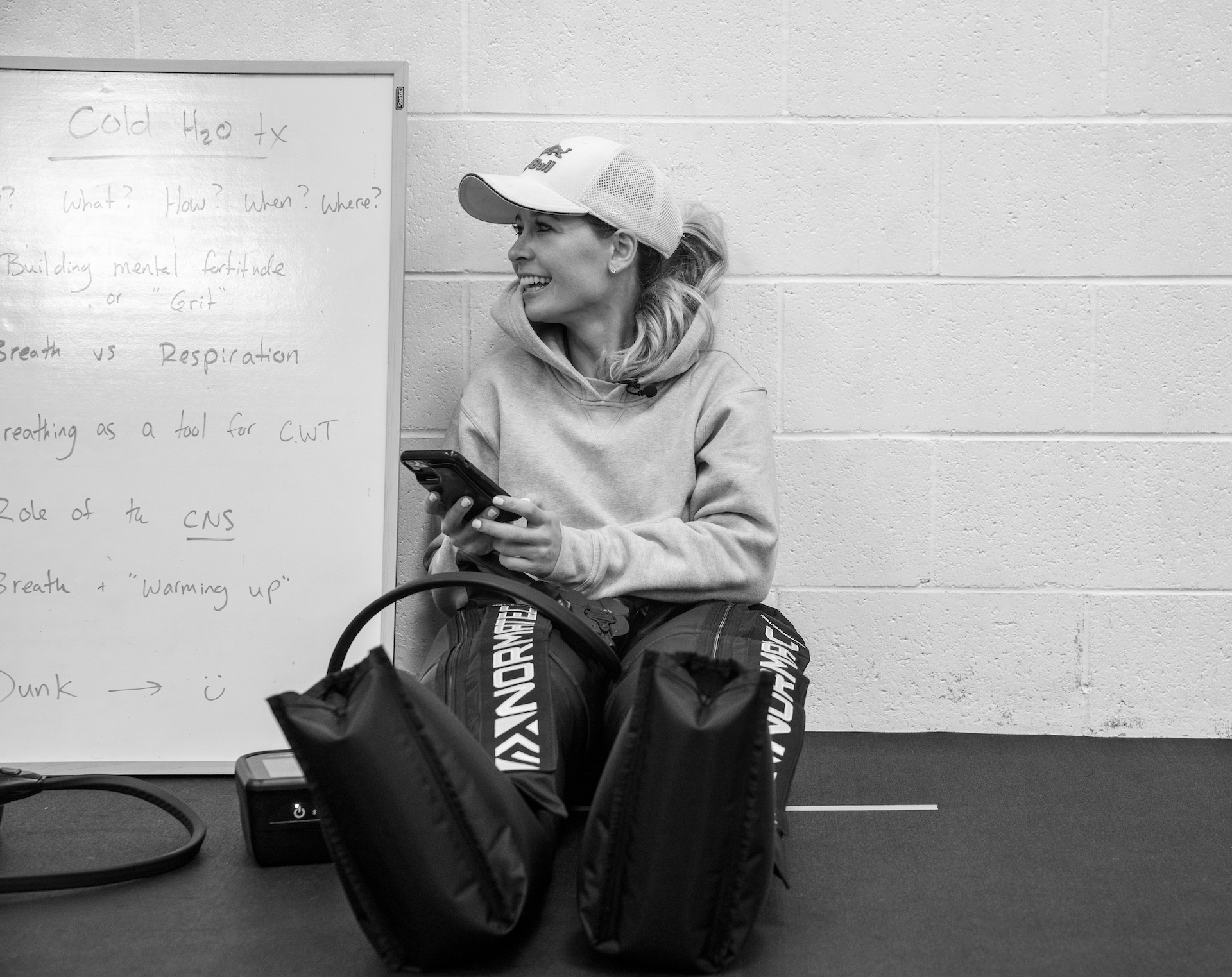 This training season has presented a host of new challenges for riders all over the world, and one of the top priorities that every team is focusing on is making sure that riders are staying healthy, especially during hard blocks of training. Typically, for mountain bike racers, January and February would be big base-building months, and while the setup looks different this year because of the COVID-19 pandemic, the Canyon MTB Racing team is still working hard to be ready for when the season does start. For Canadian riders in particular, the early season is challenging. If athletes opt to stay in Canada to train—as the team is this year—they come into the early races with little heat training and often more fitness from XC skiing than XC biking. And in 2021, this means training needs to be spot-on, since the early season racing will determine Olympic selection, a top priority for Emily Batty. But while training is going well, prioritizing health is critical.

Traditionally, a Canadian team would end up somewhere sunny and warm for a winter training camp, but this year, the Canyon MTB Racing team found themselves staying in Canada to avoid air travel as much as possible while still spending time testing out the new bikes. Even before the more recent travel restrictions, the team had planned to stay in the country for training instead of heading to Arizona or Spain. "We can drive the truck and trailer to Victoria, BC, and if the US Cups happen in March, we can simply drive south into California," team owner and director Adam Morka explains. "Victoria is an incredible proving grounds for equipment, and with travel and restrictions being ever-changing right now, I would say it's the safest option not to get stranded abroad."

Early in the pandemic, research showed that keeping up with daily exercise was critical not just to stay in shape, but to maintain a healthy immune system. It's also a way to help stay mentally and emotionally energized, and a few minutes in nature is one of the cheapest, easiest, most science-backed ways to relax and let go of stress. (As with most things, too much of a good thing can be bad, which means Emily and Laurie are being more cautious than ever when it comes to avoiding over-training, which can dampen the immune system.)

Effective indoor training has gotten easier over the last few years, thanks to innovations from brands like Wahoo, and with lockdowns and snowy trails, being able to shift training indoors while still sticking to a training plan is a huge positive for the team. "Being able to ride on the KICKR trainer and actually feel like it's helping prepare me for the season ahead is huge," says Emily. "I love that I can put my mountain bike onto the direct drive trainer and do my indoor rides on the bike I'll be racing on. It makes a big difference." And of course, when training indoors, don't forget ventilation: Having a fan setup is critical for air flow when it comes to being able to focus on intervals and hard efforts, and the Wahoo KICKR Headwind makes this a—pardon the pun—breeze.

Nutritional deficiencies can lead to lowered immune function, which means that now more than ever, eating a smart, balanced diet that fuels the training that the team is doing is vitally important. Most cyclists are experts at mixing up antioxidant-packed smoothies, and the Canyon MTB Racing team is no different. Keeping antioxidant-packed fruit and vegetable intake high, along with plenty of protein (like Vital Proteins collagen peptides blended into a smoothie) is an easy way to boost immune system function while also promoting recovery from a hard workout. Experts recommend making sure that vitamins D and C, as well as magnesium, are included in your daily routine, either through food or smart supplementation.

Staying off the phone

Since Zoom meetings and FaceTime hangouts became the only way to see other people, the team has been spending more time on phones and computers than ever—so taking time to fully shut down became more important than ever. ''Virtual fatigue was a very huge fatigue factor for the last few months,” says Laurie. “My phone became a very anxious space during this time, so it was important for me to find some tricks to balance that feeling. Trying to be more present in everything that I was doing was a very helpful mindset for me, which means less phone time.”

While at the moment, it's hard to get in-person treatments like massage and chiropractic, luckily, there are amazing tools available to do some DIY therapy at home. HyperIce's Normatech boots have been one of Emily's go-to recovery favorites for years, and they've been getting more use than ever as she focuses on recovering smarter to avoid inflammation and soreness. "HyperIce makes the absolute best performance recovery products," she says. The dynamic compression of the boots helps boost the lymphatic system, which can increase circulation, help speed up getting rid of waste, and potentially even boost the immune system in the process. The HyperVolt GO is always on hand in addition to the Normatech boots, for bonus massage power. Massage at home? Perfect anytime, but especially right now.

Unfortunately, not sleeping enough can end up leading to a depressed immune system and a greater risk of getting sick. That means ensuring that Emily and Laurie are both getting seven to nine hours of sleep every night is critical, especially during big training blocks. When sleep is hard to come by due to travel stress or a late training session, they're using the Vital Performance SLEEP mix, which combines ingredients like magnesium and L-theanine that promote a restful night’s sleep (and are NSF-certified).

Staying in the flow

Since the beginning of the pandemic, Emily and Laurie have both focused on maintaining a relaxed, go-with-the-flow approach to their riding and racing in order to avoid burnout and to fight stress. "My approach was pretty casual even for the races that did happen," Emily says. "Everything was such an unknown, and I didn't want to waste valuable mental and physical capacity in 2020 without knowing races were for sure happening. So, my performances could have been way better, but I'm probably going into 2021 more hungry, rested, and motivated than most of my competitors."

Laurie also focused on mindfulness and staying in the moment. “Being more present with the people surrounding me; being more present during my training; being more present during all my relaxing time has been a mentally that I wanted to cultivate,” she says. “That mentality helped me navigate the feeling of fatigue quite a lot.'' As the 2021 season ramps up and racing seems more certain, both Emily and Laurie are still trying to take a more mindful approach to upcoming events, not allowing the cancellation or postponement of events to derail training schedules and plans.