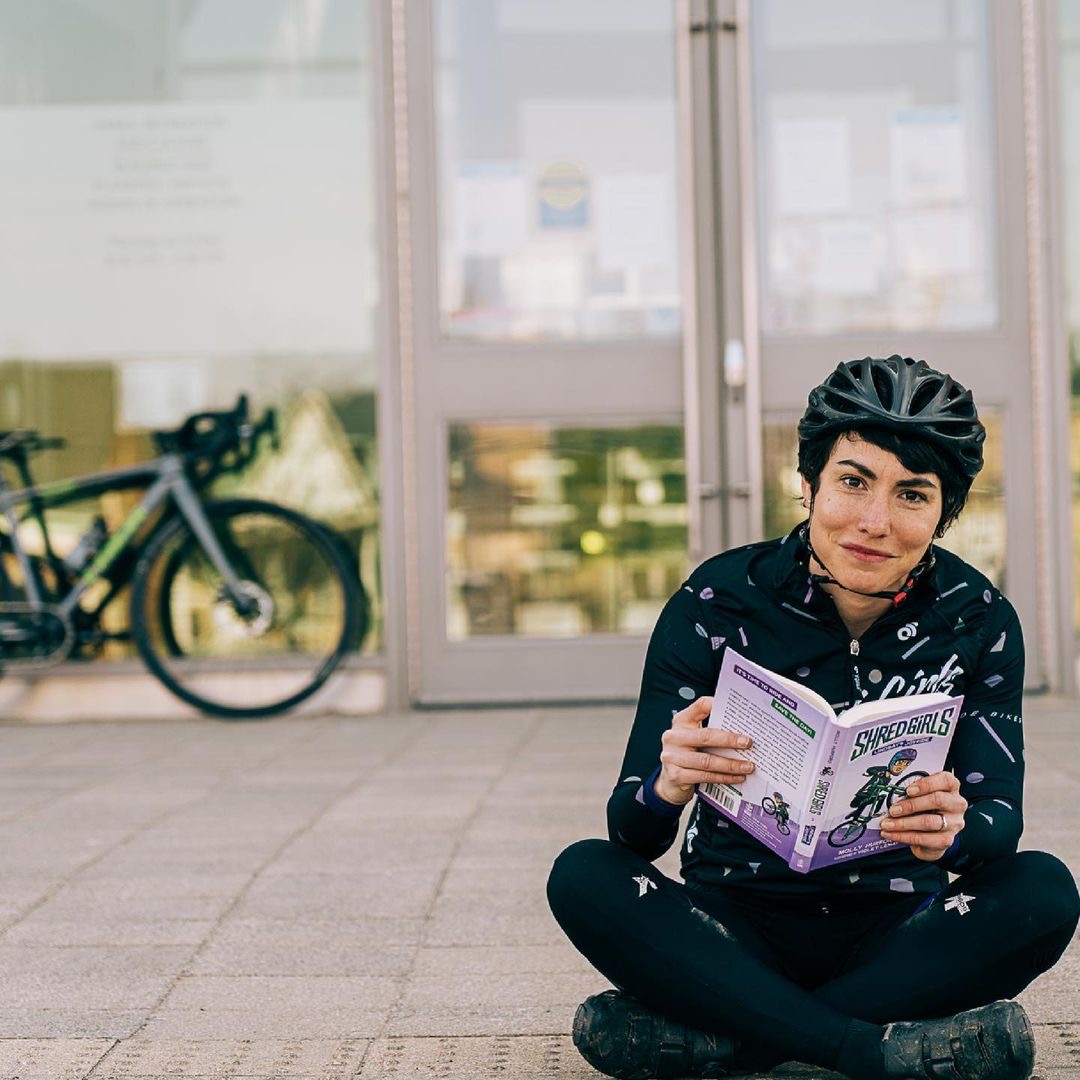 Our latest blog is all about getting to know the man behind the camera of Ambitions and independent filmmaker Liam Murphy.

How did you end up helping to create Ambitions?

In 2013, I was employed by British Cycling to cover some of the athletes racing at the Nove Mesto World Cup. When we were filming, we got some footage with Emily since one of her teammates at the time, Annie Last, was British and we got Emily on some of the B-roll for that video. I met Emily because we were doing just a quick interview as part of that project, but the interview was just so good. We had just wanted soundbites from the other riders, but Emily's interview really stood out. It was so good—she was so honest talking about her collarbone break at the Olympics, all that. I made a little edit of just Emily, and that's how we got to know each other.

From there, we started talking about the idea of doing a project together—Adam and Emily knew they wanted to do something with video but weren't sure what it would look like. Adam had this project idea and I thought it was a great collaboration. We didn't have an exact plan in mind, but I flew out to meet them, and  we just started filming a bit while I was there for the week. We kept it really small. But we had an amazing time and the content was so good, we were getting along so well, the amount of footage was insane. We had planned to try one episode but ended up with four. And it kept growing from there.

People seemed to like it too: We got great feedback and really great views, so we knew we were onto something.

Did you know you wanted to cover female cyclists?

When I finished school, it was that Jackass era where everyone was doing these extreme sports, and people were just starting to be able to do their own edits at home. I was really into mountain biking, so I gravitated towards making videos about that, and I was making MTB edits as YouTube was just getting started. I started with commissions from magazines to make edits about bikes, adding soundtracks, trying to make it a bit more alternative. I did that for a few years, and started to get hired more and more. Mercedes was one of the first big brands I worked with. They liked the more indie edits I was doing that were more story-telling and less bro-y. They wanted a series about athletes from a bunch of different disciplines, but they wanted more lifestyle stuff, not just them doing the sport. And gradually, it started to shift into covering more cycling again, and I was covering this one event that was much more lifestyle focused, rather than racing and timing focused, and the videos that came out were great. I loved the angle of the lifestyle, not just who was the fastest.

How do you how do you decide what goes into each episode of Ambitions?

What I wanted to do was just turn the gas down and just hang out—it didn't have to be all riding edits. I wanted to show Emily's route to the Rio Olympics in that first season, but we wanted it to be the day to day stuff, rather than scripting or storyboarding. And we've kept that going. It's designed to be a bit looser and more 'let's just see what happens.'

I also want to say that Emily doesn't ever take anything out of the outtakes—I love how much she's willing to keep in there! It's not all Instagram perfect, this is her real life.

How long does it take you to put together an episode?

Usually it will be a week to shoot four episodes of content, then at least of logging everything, then 10 days per episode of cutting the film, going through all the editing. To get the kind of look we're going for that's easy and effortless, there's so much hard work in editing underneath it. You have to work shockingly hard to get a laidback edit that's really watchable.

What is your gear setup?

I mostly film on a RED Digital Cinema Gemini DSMC2 Camera with Canon Cine Lenses and Sennheiser studio sound recording equipment—I want a dreamlike look when I'm filming. Then it's the most boring edit suite, I use all Mac, with big screens. Then about 60 hard drives to keep everything I've ever filmed—and it helps! You always have a client who comes back years later and wants old content. I also have a solar power charger in my truck now so I can charge my cinema camera, because it eats batteries up so fast. The camera we use is so power and memory hungry. But to get the quality we want, we use it. I love making it cinematic and classic, while still making it modern with the music.

And all of it needs to be done really subtly: I want it to feel like the audience is there hanging out with Emily—not that you're seeing her through the eyes of the filmmaker.

Some shoots, I'll get these magic moments where I can just see the edit perfectly, before I even go through the film. That's why I like shooting and editing, you know what you have, you have the story living in your head, and sometimes you can see how you want the edit to look instantly. With Ambitions, that's what happened in 2015—I just knew how I wanted it to look, right away.

How did you decide on that dreamlike vibe?

It's ingrained in me. I really always liked those more indie-ish B-sides when I was in school—I wasn't trying to be alternative, I just liked things to be a little different. It's just the best way for me to make film. But we don't plan anything to be that way. And it's a natural feeling for Emily—as I edit, I'm trying to go with the grain rather than trying to make it something that it isn't.

Do you think about social media and shorter clips as you make Ambitions now?

Honestly, I'm so traditional. I love film, I love that longer style of storytelling. It's an entirely different job, extracting trailers! Big films have trailer specialists who make the previews. I have such a hard time putting together trailers because I'm so attached to so many parts of each episode and I struggle to decide which to include.

What are your favorite movies?

OK, top three: "Glengarry, Glen Ross," "Reservoir Dogs," and "Drive." It's hard to call them though! "Glengarry, Glen Ross" is fantastic, it's such a cult film, it's so gripping. And "Drive," I like because it's so different, and they do what I love doing in films, which is setting the pace. The director has such audacity, and tells so many stories with just looks. And of course, "Reservoir Dogs," you have to give a nod to Tarantino.

What is your... ambition for Ambitions?

For the pandemic to be over so we can get the old team back together and do some specials where we're away from the race circuit. I want Ambitions to move with Emily, whatever she's doing. Learn more about Liam Murphy and some of his work at Fluro Studio

Have an event coming up? Download our latest ebook to Rock Your Race Day